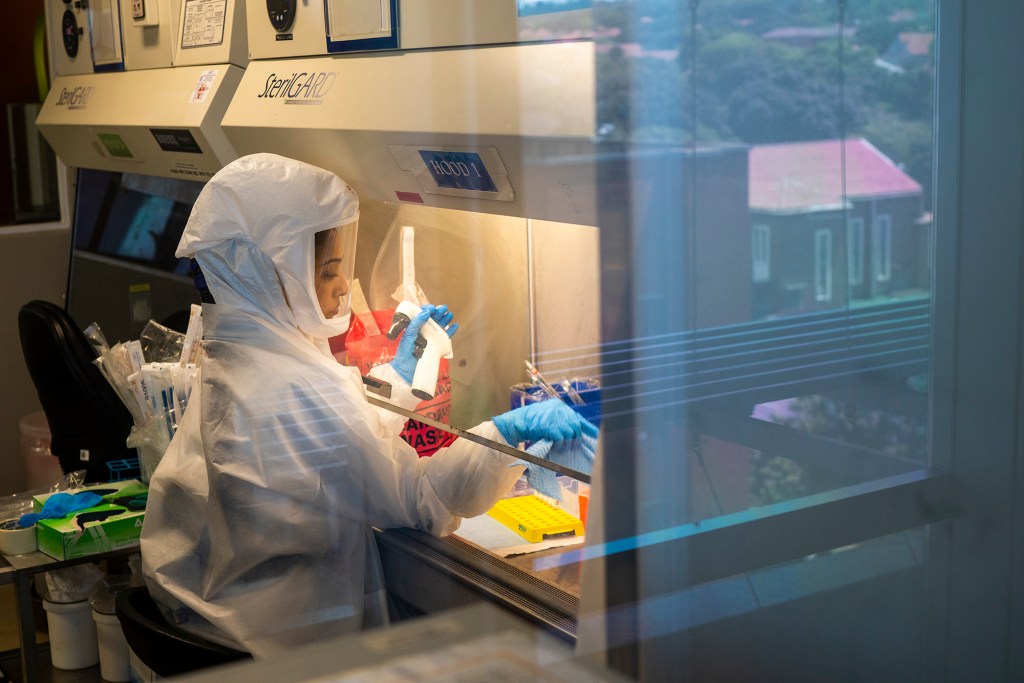 A study in South Africa on Friday showed that unvaccinated people infected with the Omicron variant were less likely to become seriously ill, require hospitalization, or die compared to previous variants of COVID-19.

The study, conducted by the National Institute of Infectious Diseases in the Western Cape region, compared 11,609 patients from the first three waves of COVID-19 with 5,144 patients from the new Omicron-driven wave.

It found that 8 percent of patients were hospitalized or died within 14 days of testing positive for COVID during the Omicron wave – compared to 16.5 percent in the first three waves.

“After adjusting for age, gender, comorbidities, and subregion, there was a significantly reduced risk of death in the fourth wave compared to the third wave,” the study said.

“The extent of the reduction was reduced when pre-diagnosed infections and vaccination were additionally considered.”

Even after taking into account previous COVID infections, the study found a roughly 25 percent reduction in serious hospitalization or death with Omicron compared to the Delta variant.

But scientists are trying to determine whether the less severe symptoms are because people are now vaccinated or already have COVID, or because Omicron is naturally milder.

The study, which has not yet been peer-reviewed, found that about a quarter of the risk of serious illness with Omicron was attributable to characteristics of the virus.

“In the Omicron-driven wave, severe COVID-19 outcomes were reduced, mostly due to the protection afforded by previous infection and/or vaccination, but the intrinsically reduced virulence may explain the approximately 25 percent lower risk of serious hospitalization or death compared to Delta,” the researchers said.

Data from South Africa, where the Omicron variant was first detected, showed lower hospitalization and death rates in this latest wave.

Only 27 percent of the South African population is fully vaccinated against COVID-19.

The South African research echoes a study published earlier this week by the U.S. Centers for Disease Control and Prevention, which found that Omicron had a “significantly reduced” risk of serious disease compared to Delta.

The US-sponsored study found that Omicron was less than 90 percent likely to kill those infected with the virus.